Dear Member of the Tulane Community,

This is a call for nominations of candidates for honorary degrees to be awarded at commencement. Nominations should be submitted by November 11, 2022.

Please note that nominations must include a formal nomination letter explaining in what ways the nominee meets the selection criteria, a current vita for the candidate and any other supporting materials the nominator feels should be brought to the Committee's attention. If the individual you are nominating has a relationship to Tulane, a description of that relationship is always welcome as part of the nomination letter and is appreciated by the committee.

Nominations may be sent directly to me or Will Ferbos, Associate Vice President for Institutional Affairs and Deputy Chief of Staff. 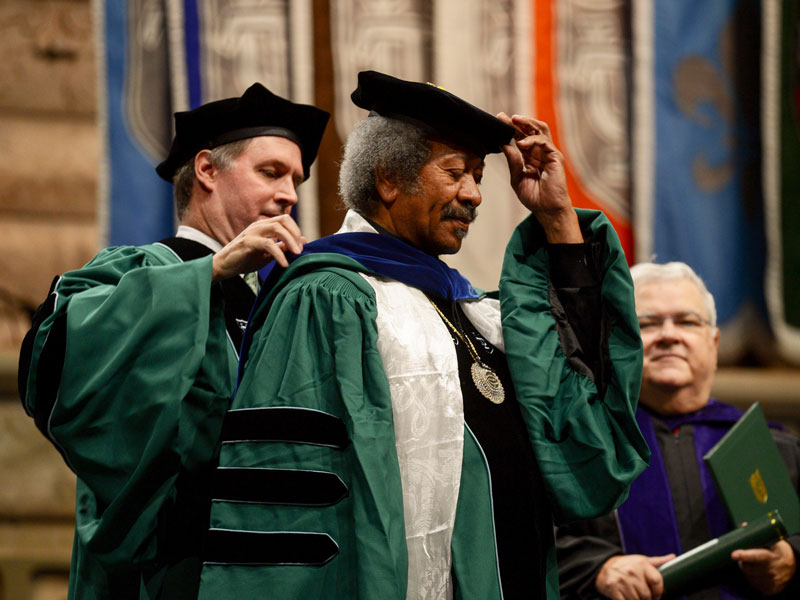 Allen Toussaint is awarded a honorary degree at Commencement 2013.